It may be the historic birthplace of blues, barbecue, and rock ‘n’ roll, but Memphis feels anything but antiquated. Nestled next to the mighty Mississippi River, this mid-Southern city is a hotbed of culture that seamlessly blends history with what’s hot in the culinary, art, and music scenes. Here’s how to jam-pack two perfect days with all that the “Blues City” has to offer.

Get in a Southern state of mind with a hearty, soulful breakfast at The Arcade, Memphis’s oldest restaurant, founded in 1919. With its diner façade, lunch counter, and shrine to Elvis, it’s the perfect spot for digging into filling favorites like sweet-potato pancakes, country-fried steak, and sausage.

Check into the city’s most iconic hotel, The Peabody Memphis, boasting some 464 rooms just steps from Beale Street. In addition to superb service and a luxurious feel, visitors can catch a free show: the quirky March of the Peabody Ducks, an 80-year-old tradition (at 11 am and 5 pm) in which the hotel’s birds march from their rooftop penthouse to the marble fountain in the ornate lobby (or vice versa). 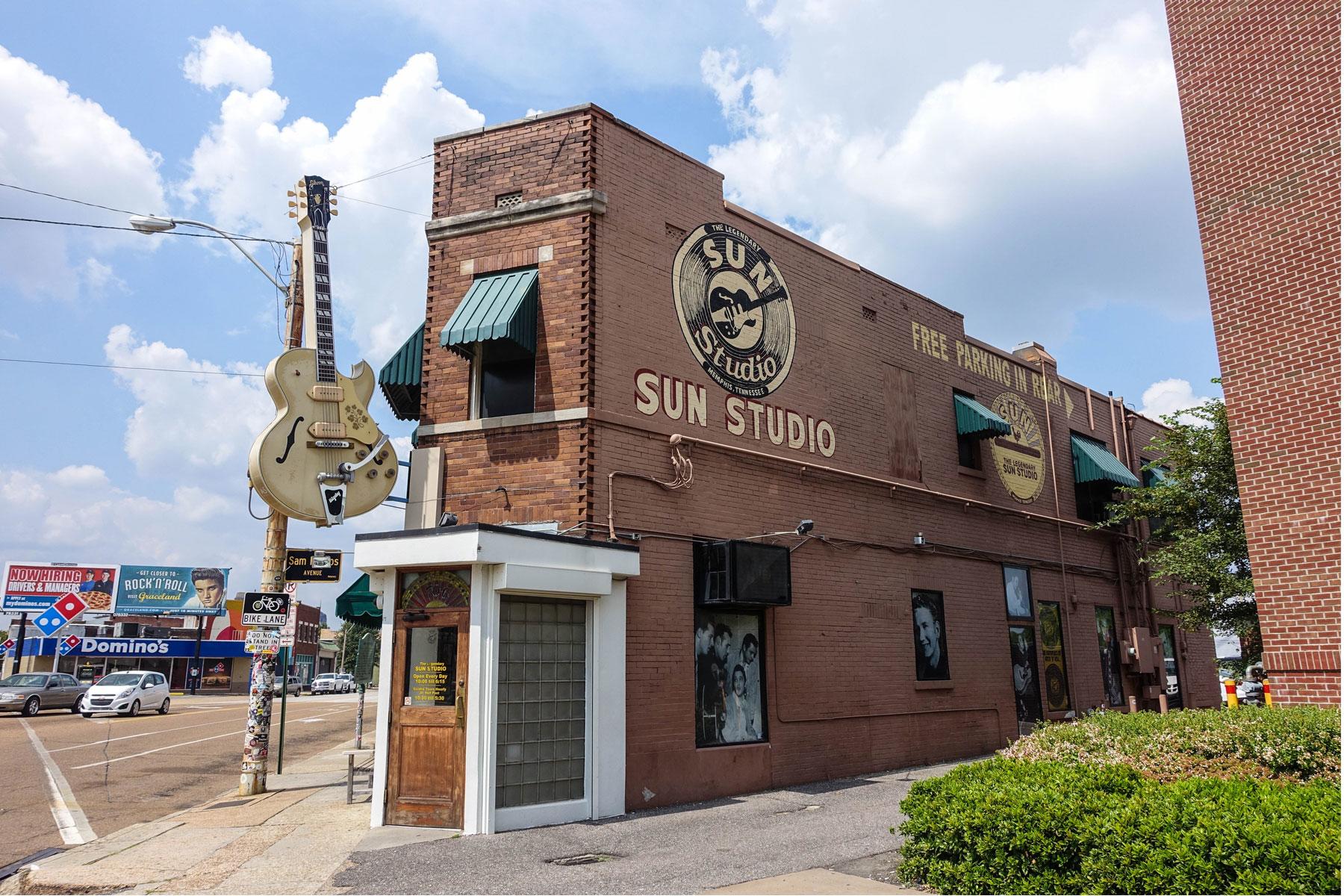 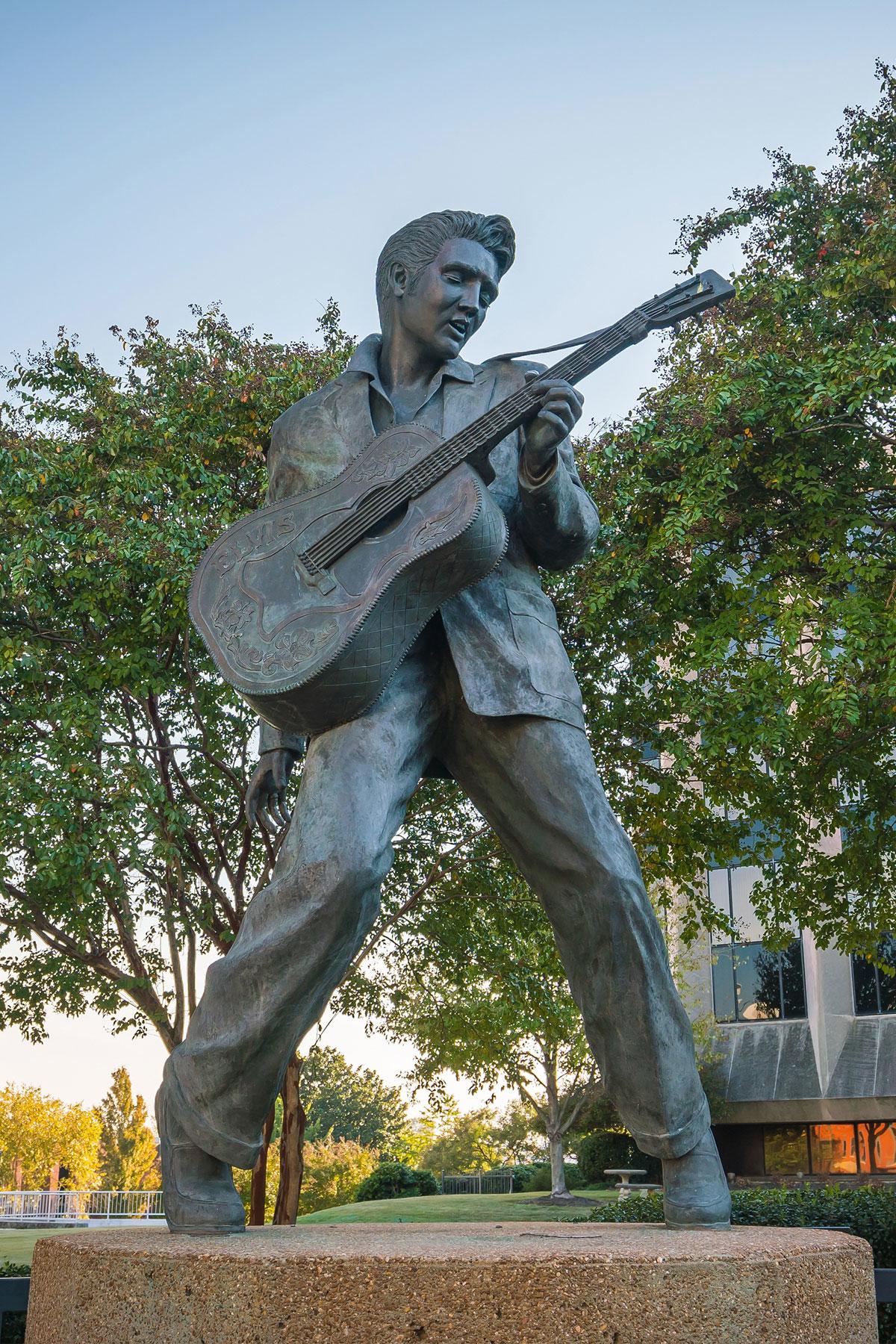 In the afternoon, head to Sun Studio, where music lovers will get the chills—and a few laughs—touring the original recording space of rock icons including Elvis Presley, Johnny Cash, and Jerry Lee Lewis. Take as many photos as you like but don’t kiss the old microphones that touched these legends’ lips. Energetic tours are given every hour from 10:30 am through 5:30 pm.

Spend a few hours wandering the halls of the innovative Brooks Museum of Art, displaying treasures from early American Modernism and the Italian Renaissance, along with works from regional artists. Two major, must-see exhibitions include Cats and Quotes and The Art of Video Games. Have lunch at the museum’s Brushmark Restaurant, featuring a variety of flatbreads, salads, and sandwiches; the space also serves up stunning views of Overton Park.

In the afternoon, head to the South Main Arts District for a taste of what’s truly up-and-coming in Memphis. You’ll find vintage clothes and accessories at charming boutiques like Hoot + Louise and a supposedly haunted juke box at Earnestine & Hazel’s, but don’t leave without taking a tour of the National Civil Rights Museum at the Lorraine Motel, the site of Martin Luther King Jr.’s assassination. As part of a $27.5 million renovation that was completed in 2014, the museum added more than forty interactive-media and educational components, making for a truly unforgettable experience.

Restaurant Iris should be on your short list for dinner. Located in a charming Victorian house, the restaurant is overseen by acclaimed chef Kelly English, who shows off his Louisiana roots with heaping portions of roasted marrow bones and his take on surf and turf, a giant New York strip steak stuffed with fried oysters and blue cheese. After dinner, wander down iconic Beale Street, a National Historic Landmark dotted with incredible venues for live blues, jazz, and rock ‘n’ roll.

Head to Brother Juniper’s and fuel up with a country-style breakfast of supersized omelets, tender biscuits, and creamy cheese grits at this family-owned café, located near University of Memphis. 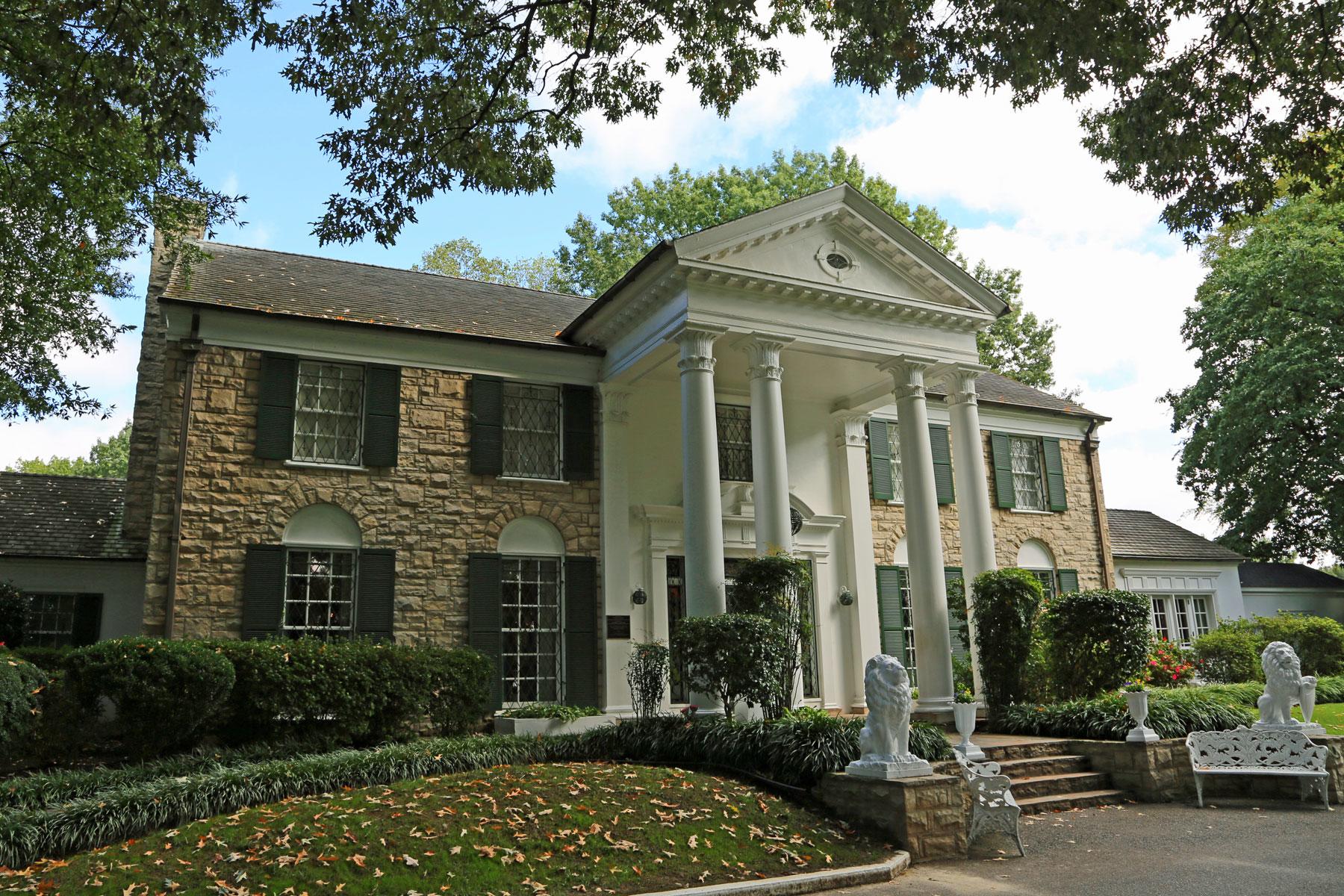 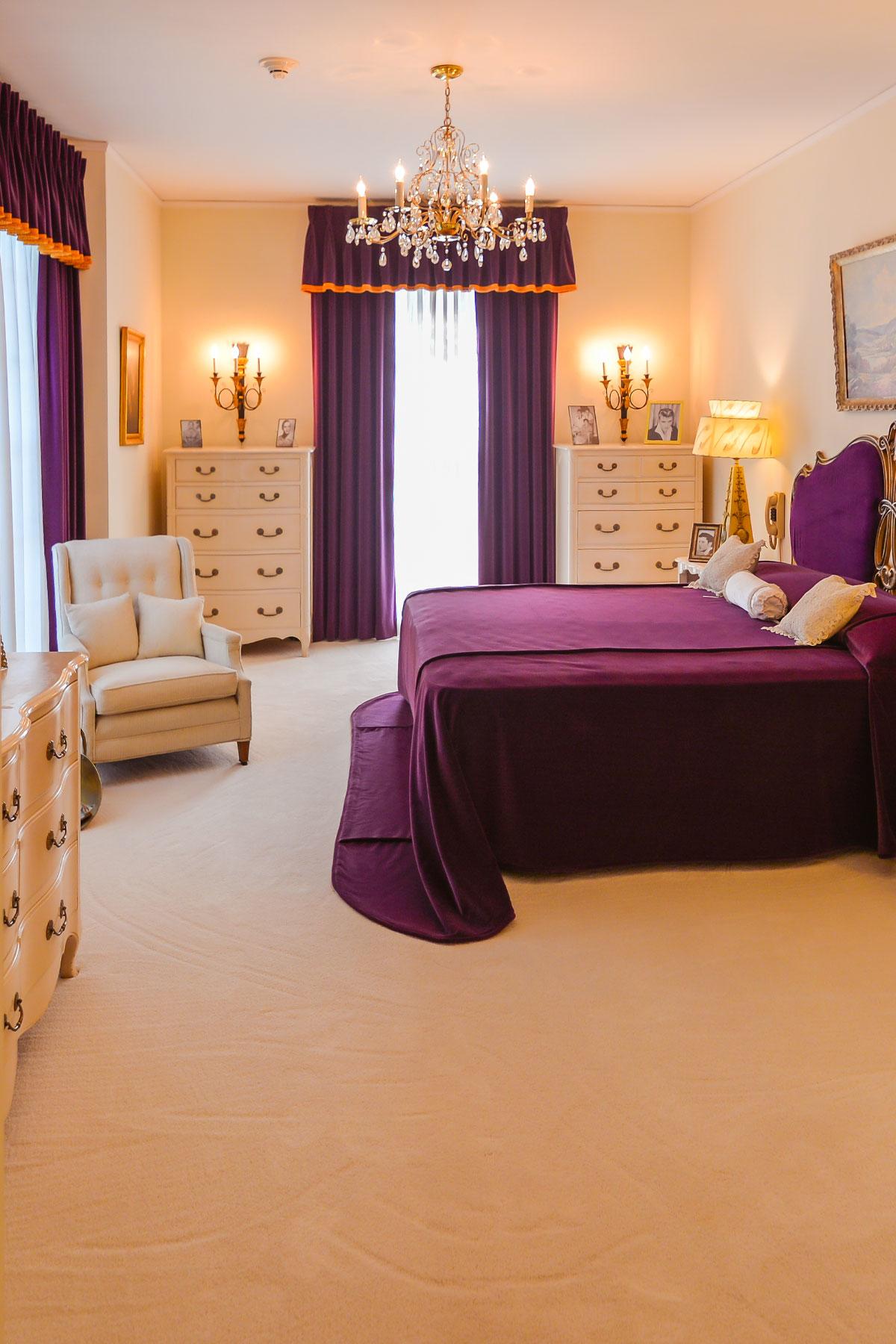 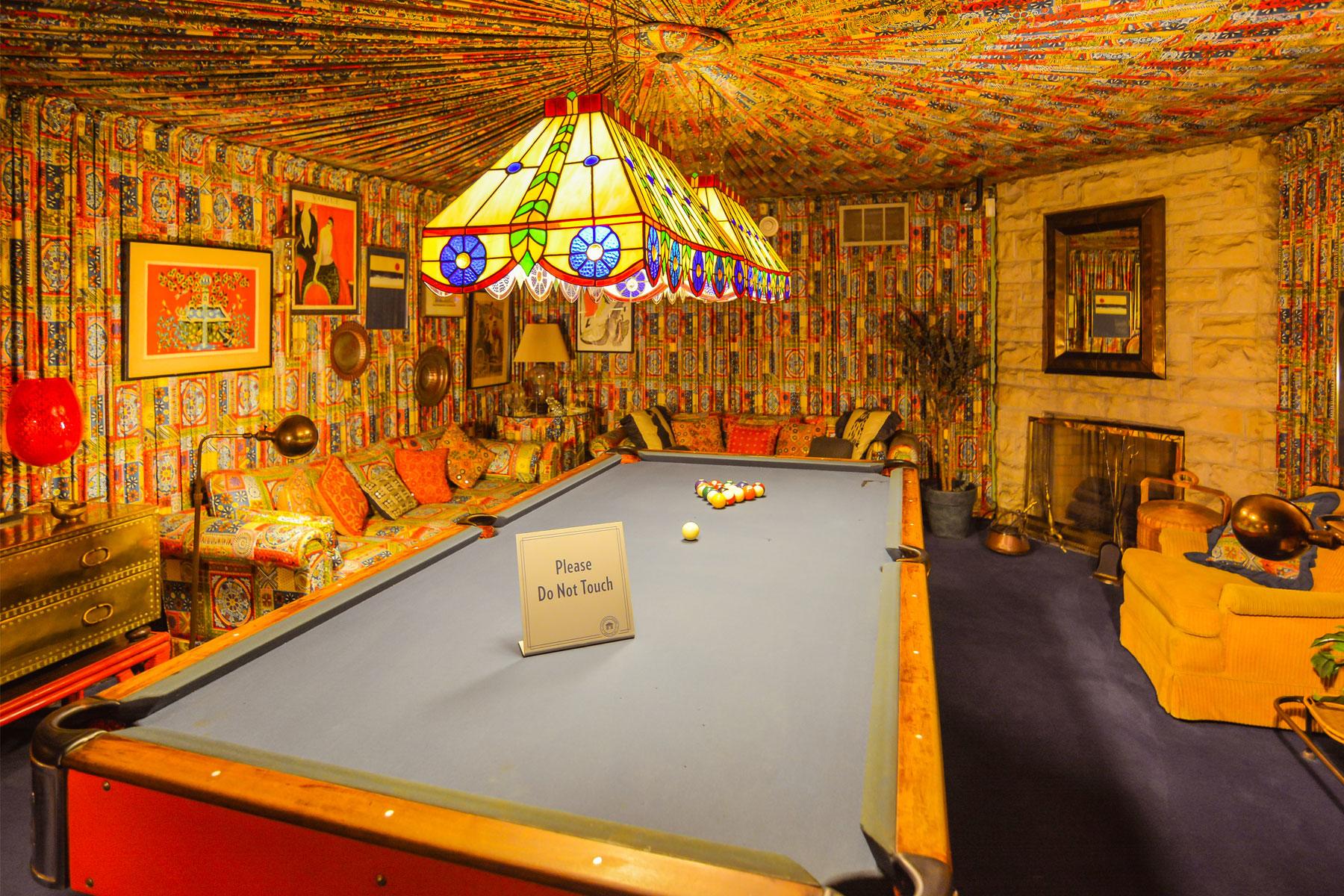 Of course, no trip to “Blues City” is complete without a visit to Graceland Mansion. Spend an hour or three, depending on your dedication to the King. Audio tours are self-guided and near-reverential—practically no one speaks as you move from room to room of Elvis Presley’s wonderfully kitschy estate, which is chock-full of music and movie memorabilia. One new feature is the addition of multimedia iPad tours of Graceland, narrated by actor John Stamos, that allow for a richer, more interactive experience. (Reservations are recommended, especially for visits during Elvis Week.)

Have a late lunch at Hog & Hominy, where childhood friends Andrew Ticer and Michael Hudman serve a tasty mashup of Italian-meets-Southern-style cooking. The 50s-era ranch house has a sleek modern interior with an open kitchen that dishes out buzzed-about favorites including a fried-egg-topped “red eye” pizza and a beef-and-cheddar hot dog served on a toothsome pretzel bun. Afterward, ambitious diners can try to work off the calories at the restaurant’s own bocce ball court. 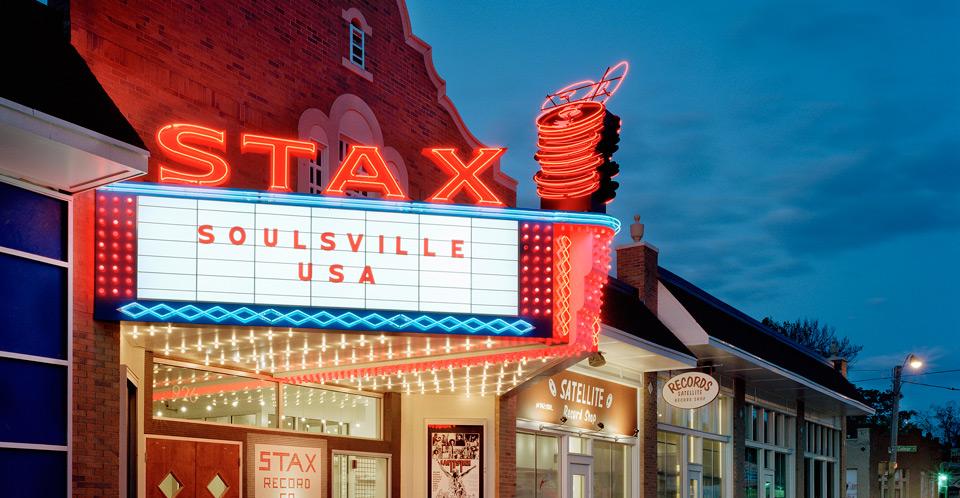 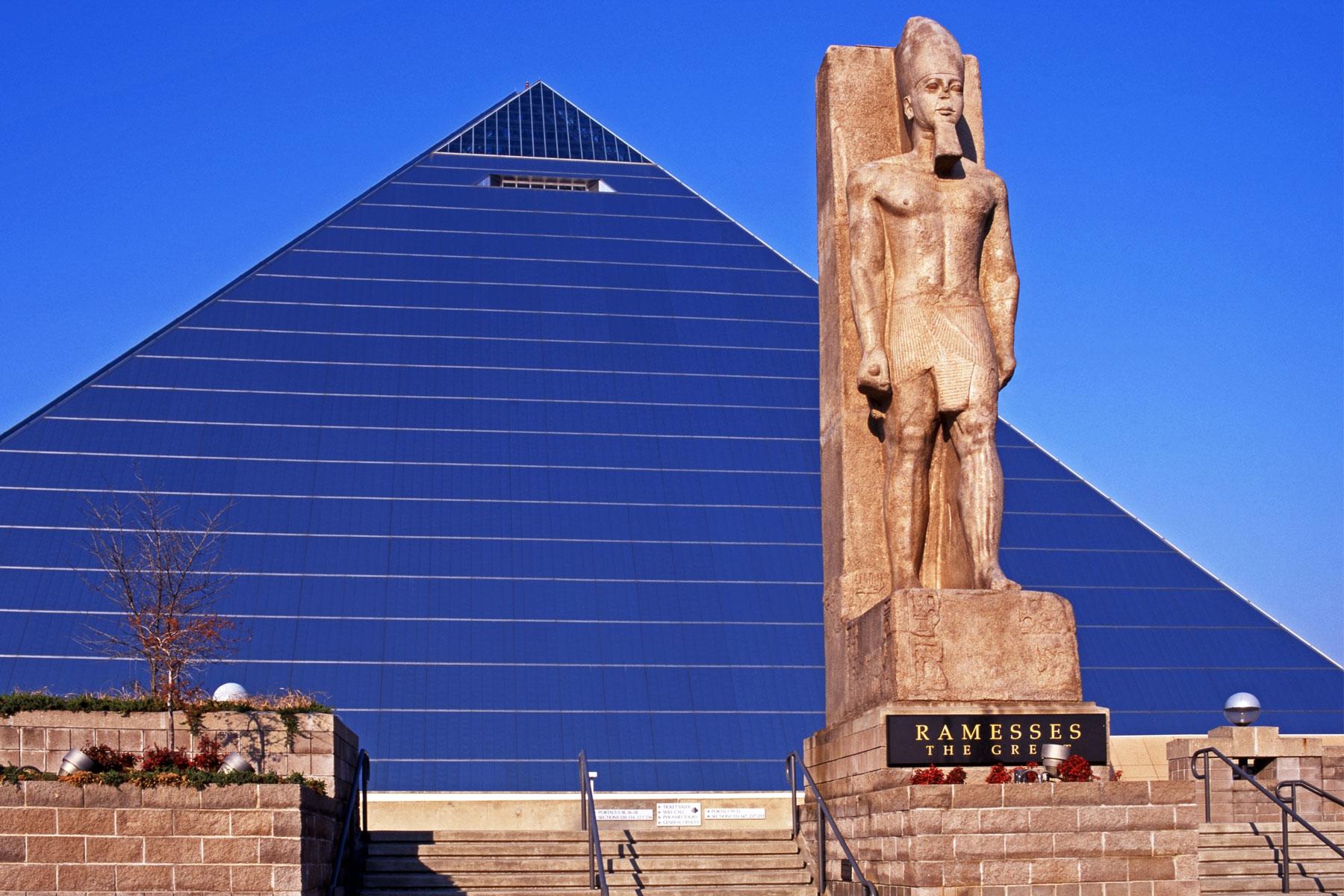 Soul-music lovers shouldn’t resist a visit to the Stax Museum of American Soul Music later in the day. The innovative complex, which includes an on-site charter school, tells the story of the pioneers of American soul, with high-tech listening stations, an in-house dance floor, and plenty of memorabilia from the likes of Ike & Tina Turner, Carla Thomas, and Isaac Hayes (his gold-plated Cadillac is a show stopper).

Make sure your final meal in Memphis is a memorable one: Fill up for dinner on consistently great barbecue at one of Central BBQ’s three Memphis locations. There you’ll find a no-frills atmosphere and counter service, along with the famous Memphis-style ribs, marinated overnight, served wet or dry.

30 Ultimate Things to Do in Barcelona

Slay Across the Plains: Where to Find Drag Culture in the Midwest and Texas