Remember 2017 when Big Little Lies put the bougie beauty of Monterey on everyone’s Where to Be Extra on Vacation bucket lists? Now there’s a new luxury destination on the map: Singapore. Just a week after the debut of the adorable rom-com Crazy Rich Asians, everyone who watched the jaw-dropping wealth and beauty of the world’s playground for the rich has been Googling “where to party with rich, gorgeous billionaires in Southeast Asia.”

So when Fodor’s was invited to spend an afternoon talking to five actresses from the movie about their hometown and how to enjoy it like a Crazy Rich Asian, I was extremely excited and slightly underdressed for the opportunity.

For our informal, untelevised interview, the actresses of Crazy Rich Asians have come to slay. Fiona Xie, who plays over-the-top b-actress Kitty Pong, is lounging in an armchair in a long-sleeve floral gown with bejeweled stiletto nails. Tan Kheng Hua’s (who plays Rachel’s mom, Kerry Chu) heels are gorgeously jungle print, Janice Koh (Astrid’s mother) is rocking a pink silk smoking jacket, and together with Selena Tan (Alix Young) and Koh Chieng Mun (Peik Lin’s mom), they are giving a vibe of just the kind of people you’d want to show you a good time around town.

And they’re unexpectedly warm. All of the members of the cast get on like a house on fire and their comradery is infections. We’re 10 minutes into small talk before I get to my first, most pressing question:

Are These Crazy Rich Asians Real?

Crazy Rich Asians, if you haven’t seen it, is the story of an NYU professor Rachel Chu (played adorably by Constance Wu) who takes a trip with her boyfriend Nick Young (played handsomely by Henry Golding) to his hometown to find out that it’s not only that Singapore is lousy with billionaires but that her boyfriend is one of the richest ones.

And we follow Rachel down the rabbit hole of sprawling mega mansions and public gardens with 40-foot tall trees, as she picks up millions of dollars worth of jewelry on casual shopping trips, swims in a pool suspended between two buildings and takes a private helicopter to a party barge in international waters where anything is legal.

And what I and everyone watching want to know is: is any of that real? Do people in Singapore really party hard in mystical gardens? 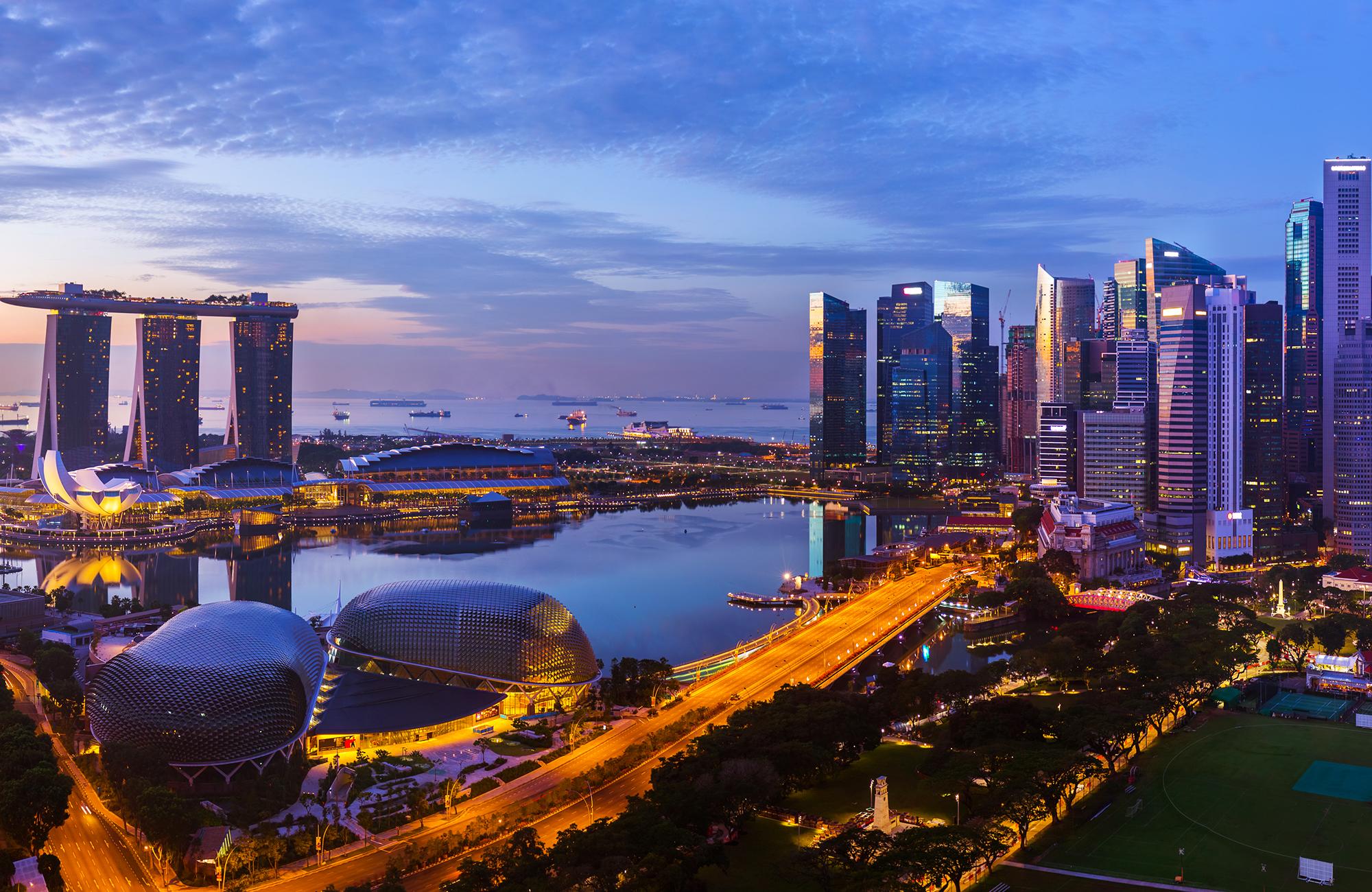 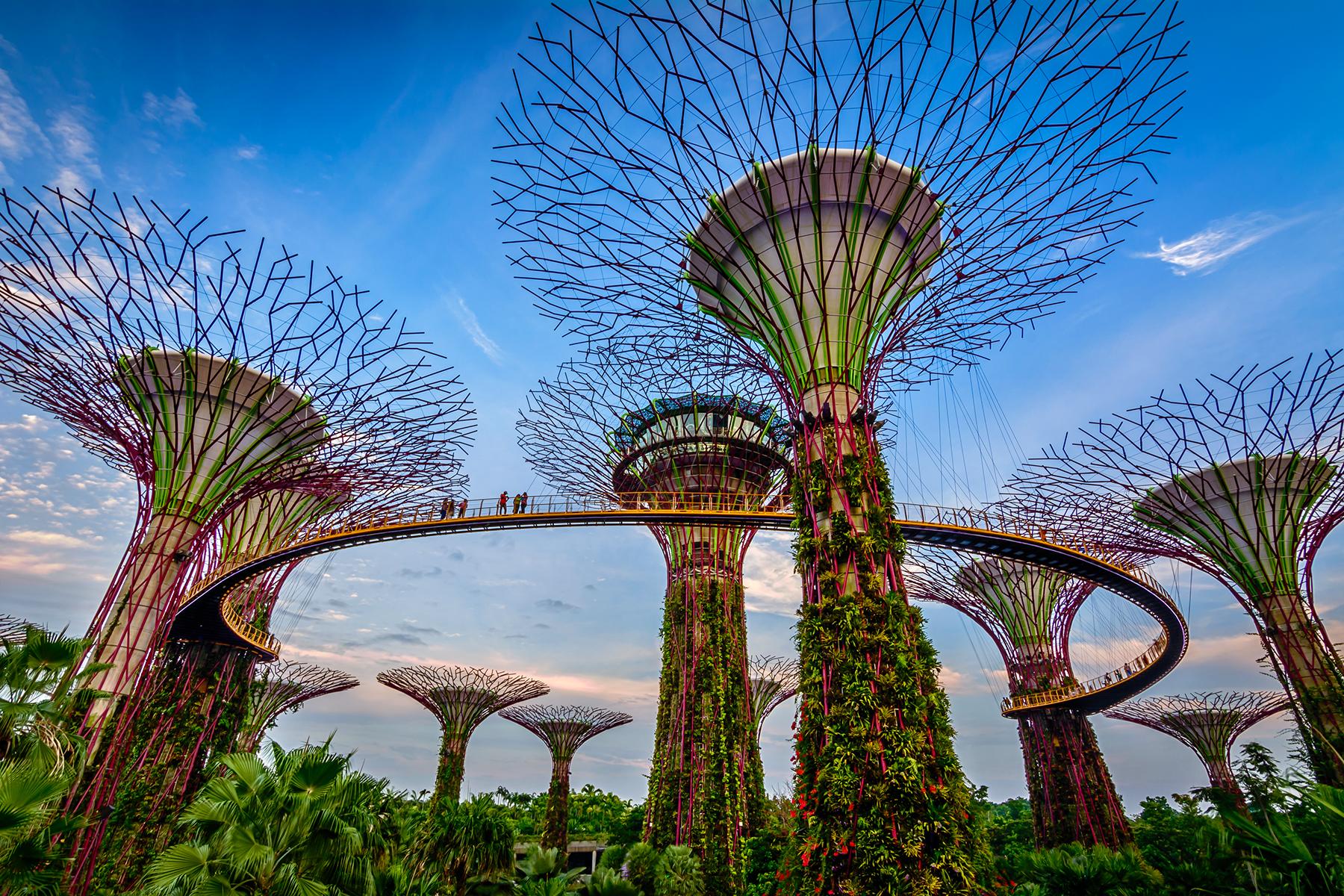 Actually, says Fiona, “they had to tone it down for the movie.” The characters, it turns out, are not only real but based on people who the book’s author (Kevin Kwan) knows personally. And everyone in the room has a story about Crazy Rich Asians who they know in real life: ones that buy a hotel if they’re upset with the service (the best Yelp review), take their private jets to another time zone when they’re not done partying, and install chinchilla fur on the floors of their custom Rolls Royce’s because it feels good on your bare feet.

Can You Give Us a Crazy Rich Asians Guide to Singapore?

It’s the only next question: I’ve seen what true balling is like. How can I be a part of it?

The bad news? A lot of what’s on new-to-Singapore Rachel Wu’s itinerary is going to be out of most of our price ranges. You can do things like rent a private helicopter ($2,500/hr) or rent one of those gorgeous private-island villas from the bachelorette party on Sentosa Island ($300+/night), but unless you are also traveling with a Singaporean billionaire, you’ll still be partying with your usual friends.

The very rich in Singapore tend to stick together. But, says Janice, there is one day a year where you can rub elbows with the very rich: during The Singapore Grand Prix. At this Formula 1 race (tickets start at $278), “You really see very ultra-rich Singaporeans come out to play.

And when I go to the after parties after the race, champagne is ordered by the bottle and each one comes with sparklers and eight girls, and it’s like $10,000 a bottle, and the tables are spending in the hundreds of thousands.” And it’s one of the best places in Singapore for the rest of the world to see the crazy rich in their natural environment.

Those 40-foot tall trees in the surreally beautiful garden? Not only is it real (“People assume it’s CGI,” laughs Khen. “I want it to be published that a lot of the things that you think aren’t real in the movie, they are real!”) but it doesn’t cost an arm and a leg to experience.

The 40-foot supertrees – really art installations housing colorful lights and thousands of species of tropical plants—“grow” in Gardens by the Bay ($30/ticket), a futuristic collection of temperature-controlled domes that house some of the most beautiful gardens in the world.

The giant party ship floating on top of three buildings? That’s real too. And while it’s extra to hire synchronized swimmers to help you celebrate à la Rachel and Nick, any guest the Marina Bay Sands ($500/night) can enjoy the bar or swim in the (world’s highest) infinity pool.

For a non-movie-based experience of the otherworldly beauty of Singapore, Chieng recommends just walking around:

“I think that for me, what I love about Singapore is how lush it is.” There are wetlands (guided walks are free) to the north with saltwater crocodiles and hundreds of species of birds, a free-range zoo ($33/ticket) where orangutans swing through trees over visitors’ heads, and a stretch of primary rainforest that’s one of the last remaining in the world.

The best way to see all of these green spaces is through the city’s connector pathways which link up all of the green areas of the city to make it possible to walk, says Chieng, “practically, from one end of the island to the other through a green corridor.”

But sightseeing isn’t all you should do.

Because no matter what we’re talking about, the conversation always comes back to food. Stories about wild parties on private jets segue to thirsty talk about dosas at the Tekka Wet Market ($1) and jaw-dropping descriptions of Singapore’s mega mansions can’t hold their attention as well as milo dinosaur or bright pink bandung.

Because the food here is amazing. Its why, in the movie, it’s the first place Rachel’s billionaire friends take her: to a public bench in front of a bunch of tiny food stalls where they eat all of the dishes they can fit on the table.

That place is Newton Food Centre, one of Singapore’s famous hawker centres: big, open food courts where each stall has been perfecting a single dish for generations. It’s some of the best food on earth and one of the rare places where street food earns Michelin stars.

“The thing with us is that we talk with the same passion about Michelin star service as Hawker center two-dollar noodles. It’s the great equalizer, says Janice. And don’t be surprised if you see a few Lamborghinis parked outside. Crazy-rich billionaires eat here too.

“Singapore is really beautiful and you get wonderful lavish scenes of opulence, but you also get the hawker scene which is about our street. It’s widely eaten by all demographics of Singaporeans back home. And that is the connector to the audience and even Asia because that’s what community and social outings kind of revolve around. And it was really interesting to see that on screen because it was shot so beautifully.”

“We are really a small island with nothing,” says Fiona. “And for us to be on the map right now, I’m really just proud. Just yesterday, just watching on the big screen and walk[ing] down the red carpet with people from the Philippines, Vietnam, Germany, or wherever. To be watching this Singapore love story. It’s like a love song to Singapore and I’m just like, ‘wow.’”

Says Selena, “Nobody really knows where we are, so hopefully, after this film, people will kind of get a better notion as to where we are in Southeast Asia and how diverse we are.”

And if you’ve also caught Singapore fever after watching Crazy Rich Asians, check out our guide to Singapore to get you started and local hotels for a great place to stay (for crazies of any economic class).

How to Spend 3 Days in Quito, Ecuador

You *Knead* to Visit the Cat Village of Taiwan